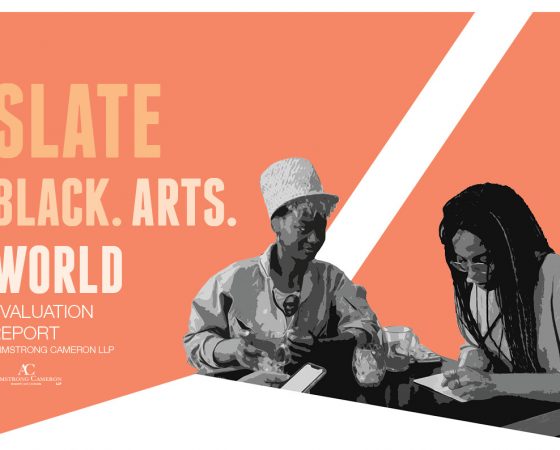 Dr Tony Sewell’s report into racial disparities wasn’t the only research published last week which interrogated issues of ‘race’. With rather less fanfare and controversy, our evaluation of Eclipse Theatre’s ambitious Slate.Black.Arts.World was also signed off. At a time when it feels that we are increasingly cast adrift from the continent of Europe, it felt interesting to talk with artists and creatives from the North of England, the Netherlands and Portugal uncovering points of unity and variance about experiences of being Black and European.

alternatively email us at:
hello@armstrongcameron.com

Some of our clients